This year is the 35th year of trading for Advanced Electrical, having been formed in 1986 by Graham Spooner. From humble beginnings we’ve steadily grown both in number of employees and where we work geographically: over the last few years we’ve worked as far away as Switzerland, Holland and France.

People often talk about the many changes in the electrical industry and how things aren’t what they used to be. Personally I’ve been with the company for 20 years, and in that time things certainly have changed a lot.

In our industry things are always going to change as improvements in technology and working methods are introduced, but that isn’t what people I speak to mean. They are talking about changes in qualifications and the number of hoops that have to be jumped through in order to carry out the job properly. They also talk about how the industry today is driven by large contractors who put profits before anything else, including their own employees and smaller sub-contractors.

I hate to say it, but our industry can sometimes be like the old wild west, with anyone and everyone being able to work as an electrical contractor. We sometimes get invited to price against other contractors, whose owners have a chequered past. It’s sometimes hard to explain that we are a little more expensive than someone who has run a number of businesses into the ground, ultimately going bust and taking their suppliers (and others) for a lot of money. I’m not saying this has been done on purpose, but there is a lot to be said for understanding the basics of your business, such as the overhead costs of the company and basic cash flow forecasting.

With competition so fierce amongst contractors it’s important we remember what got us to where we are 30 years on from when the company was established. Firstly, we work to a high standard; this isn’t for everyone as it means we will never be the cheapest, but when it comes to electrical safety and competency, none of our customers want cheap, they want good value and that isn’t the same thing.

Secondly, we’re only as good as the people who work here. I had a good chat recently with a former contractor who sold up before the recent recession hit. In its day, his business was bigger than ours but worked for very few customers. He advised me not to be sentimental towards the people who work here and not to be afraid to lower our costs if or when work dries up, even in the short term. Although I have a lot of respect for the advice, I realised that his attitude towards employees is completely different from ours – in fact it’s the complete opposite. For us, everyone who works here needs job security and needs to be happy.

Thirdly, anything of worth takes time to build and develop. This includes relationships with customers and suppliers, but more importantly, the reputation of the company.

We know we’re not perfect, but we want to get better and we don’t want to stand still. We can only do this with good customers, good suppliers and good employees. 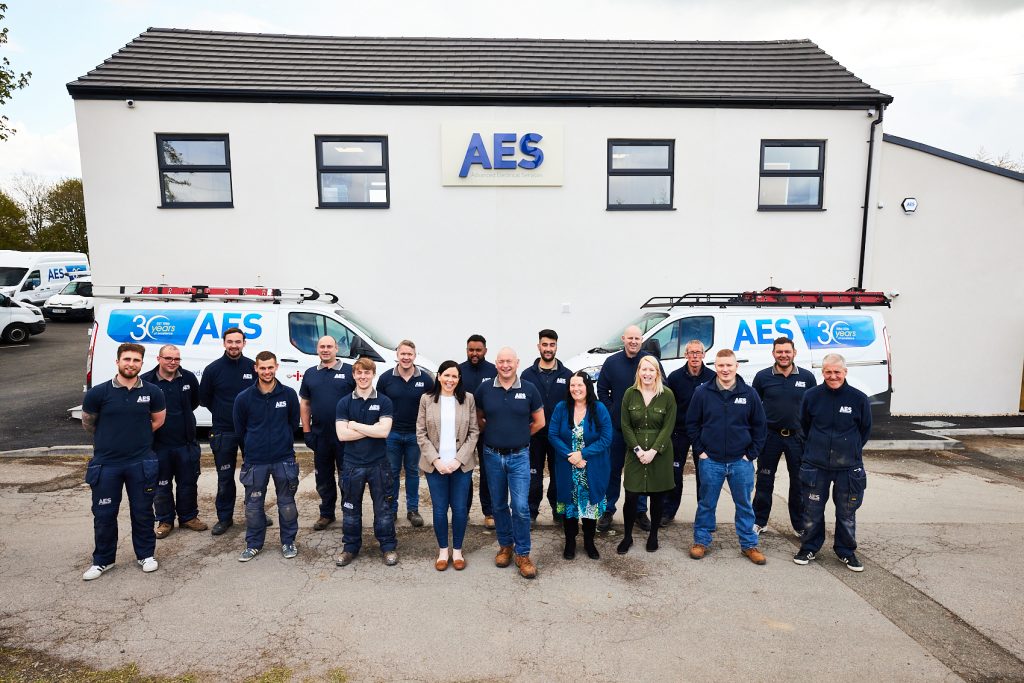 This year is the 35th year of trading for Advanced Electrical, having been formed in 1986 by Graham Spooner. From humble beginnings we’ve steadily grown both in number of employees and where we work geographically: over the last few years we’ve worked as far away as Switzerland, Holland and France. Our skills and services have […] 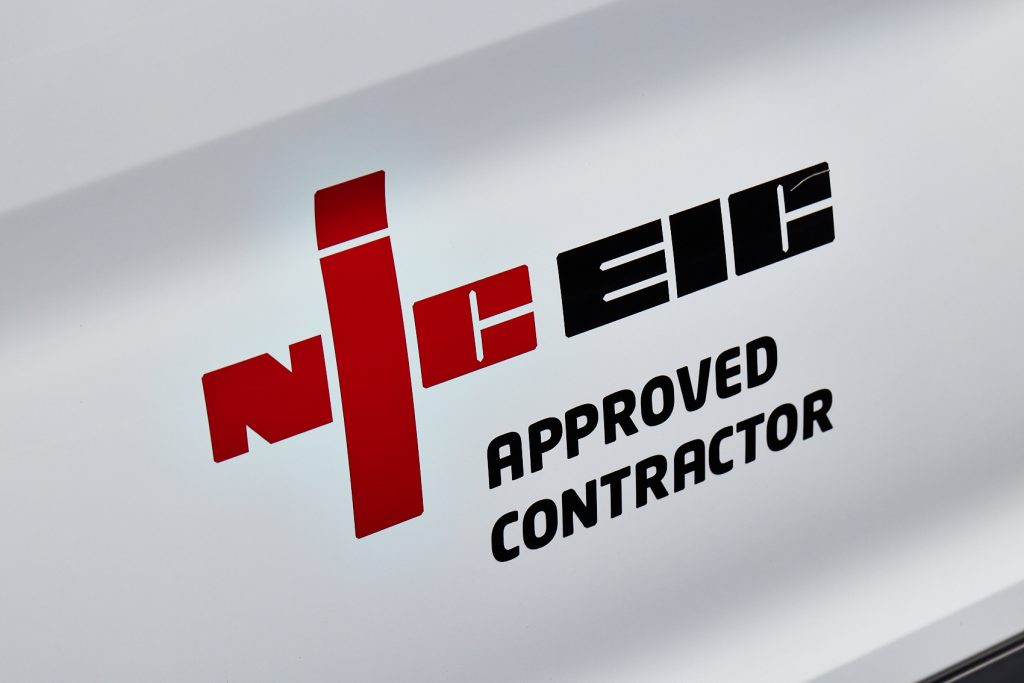 Here at AES, we like to ensure that everything we do is to the highest standards. Even though there is no obligation for an electrical company to become NICEIC approved, we choose to go through the detailed assessment process as we believe this is the best approach for us and for our customers.   SO […] 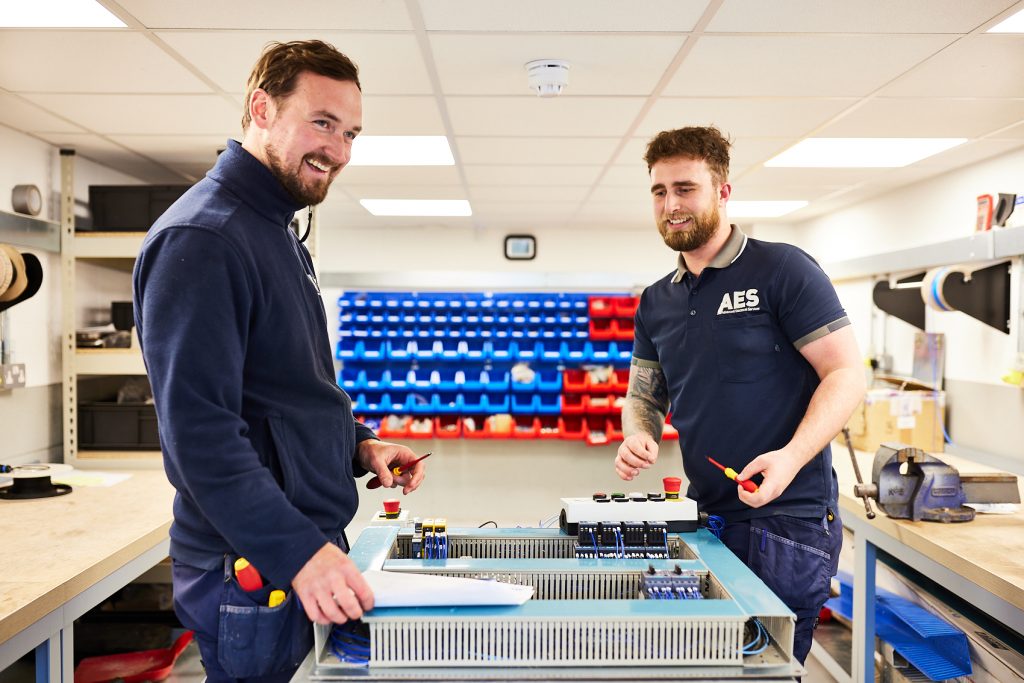 Taking matters into our own hands 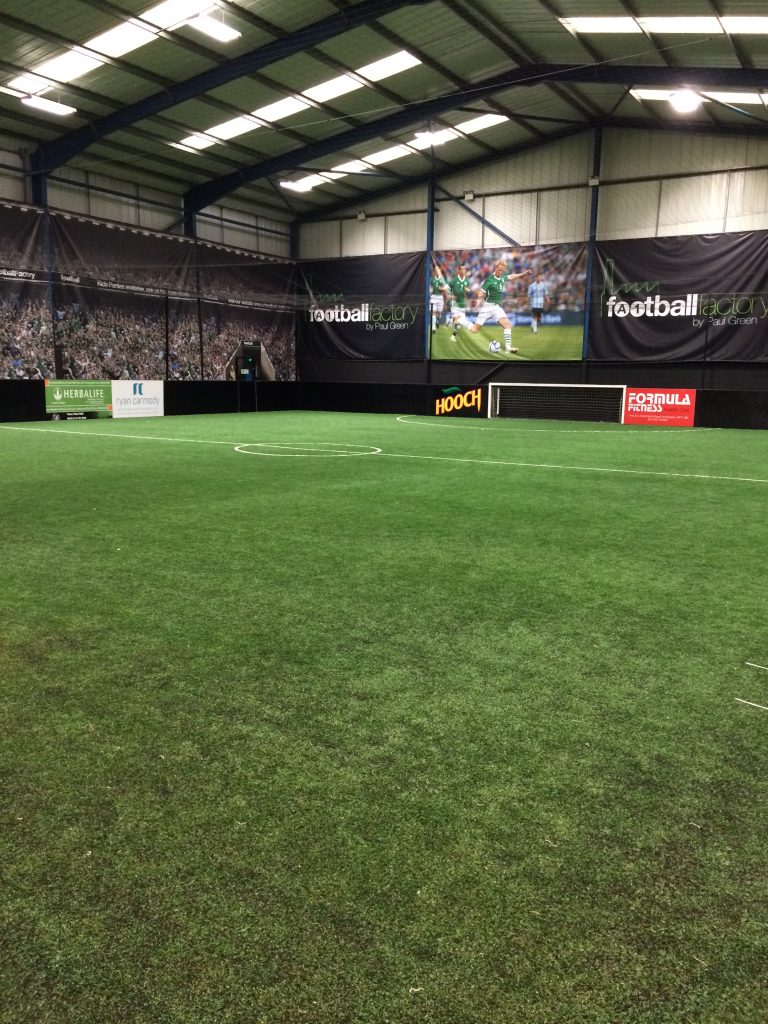 Co-owned and operated by Pontefract’s born and bred Ipswich Town and the Republic of Ireland’s very own Paul Green, the Football Factory brings the next generation of premium 3G football pitches to the area. With a 52,000 sq ft facility, currently hosting four state-of- the-art pitches, the Football Factory will be unrivalled in the quality […]

As the UK’s leading manufacturer of back-care chairs, recliners and adjustable beds, HSL’s focus is on making life easier for others. So when the company approached AES to design the electrical installation for its new factory, the team put in every effort to make life easier for HSL. An important part of the design element […]